Learn from Dr. Robert Rowen MD. how his Ozone journey started and how easy he was convinced when he saw results over 31 years ago.

In all my years of research I have never heard a doctor say “I LOVE …… ” No matter which therapy or remedy. Every form of treatment was described with a grain of salt and a variety of if’s and but’s. This has changed since we decided to research Ozone. At least 5 doctors and 8 patients said I LOVE OZONE so passionately that the title stuck we decided to call the new documentary to be ….

I guess the main reason for this emotional response is that usually none of the conventional treatments work. Whether you have chronic fatigue, fibromyalgia Lyme disease, cancer or hundreds of chronic diseases, no quick fix works. There are many treatments which are promising like antibiotics for example, but they always work only for a few and other patients do not respond. Or they work only short term and then stop because your bugs get resistant.

Most of the patients who shared their Ozone experience with us had searched for years and tried everything until they finally found this treatment. Ozone not only helped on it’s own, but also improved all other treatments which on their own had little results. Some patients described that they had primed their body with ozone 3 weeks before surgery, chemo or radiation and that they had little to no side effects from these treatments which leave others in a desolate state.

The general consensus about OZONE is that it’s not fast and you need to be persistent, BUT IT ALWAYS WORKS. For some patients the relief came after a week for others it’s taken 8 to 10 weeks. Dependent on how many cofactors are involved it may be a slow process but almost everybody saw fantastic improvements. This observation is confirmed by medical studies and papers which confirm success rates or 62% to 87% .

Over the holiday season I hope to have some peace and quiet to edit and cut over 500 terabytes of videos. Whenever I find a nugget of gold or something you should know immediately, I will share it with you here.

For those who have not yet watched the video with Lamberto Re from Ancona Italy, please do so now. He actually discovered one of the main triggers why OZONE always works and why it is suitable for so many different diseases. This article is very important.

Contact us with your preferred method. Calls are redirected to Qld Australia.
If we are not answering leave a message so we can call you back.

Calls are redirected to Australia. Please leave a message so we can call you back. 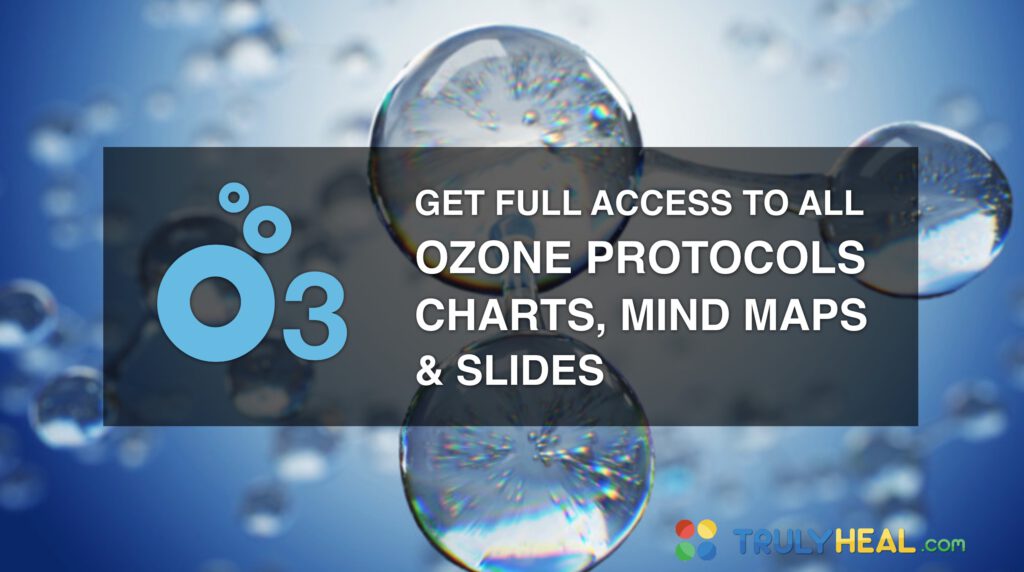 After you have created an account and signed in, you have un restricted access to all disease protocols and applications.

Ozone therapy is a well researched therapy and very popular in many European countries. Unfortunately Ozone therapy is not FDA and TGA approved  and therefore we have to hide relevant content until you have accepted our Disclaimer.

By signing up to the O3academy.com you confirm to have read and accepted our legal disclaimer.